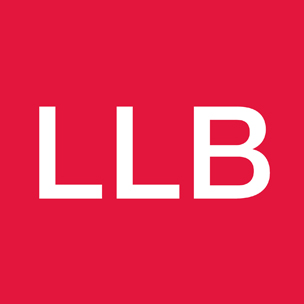 The ongoing litigation of the B.A., LL.B (Hons.) Degree, which challenges the legality of the degree itself, is a case of Schrödinger's Cat. Whether the B.A.,LL.B(Hons.) getting approved or not? What are the complexities and legal issues surrounding it? Some of them may be answered through this article, some will have to interpreted by the courts.

There has been a series of cases on the issuance of B.A., LL.B (Hons.) Degrees.

In this case, the petitioner had challenged the nomenclature of the degree awarded to her. It was contention by Respondents that B.A., LL.B (Hons.):

"The stand of respondent nos.1 and 2 is that the petitioner cannot be granted a degree of B.A.LL.B (Hons) i.e. the nomenclature which she is pressing, as this is not statutorily approved for a programme in study of law"

In effect it was held by order dated 21.08.2017 that a degree of B.A., LL.B (Hons.) cannot be awarded as the same nomenclature was not approved by UGC.

However, this judgment raises more questions than it answers.

In this case, The petitioner took different ground of non-issuance of the degree within statutorily specified time limit, instead of challenging the nomenclature itself. As per UGC Regulations, 2008 for the Grant of degrees and other awards by universities, that prescribes 180 days as the time limit for award of degrees by the universities.

It is important to note that UGC or the University did not object to the nomenclature of the degree in this case.

"Ld. counsel for the respondent contends that the directions so given could not be complied with in view of the UGC guidelines. Are the UGC guidelines, even if applicable to the petitioner, have the effect of overriding specific directions given by the Court? Certainly, it cannot be."

In the case, the petitioner challenged the degree awarded to him as it was causing great prejudice to him.

"The petitioner's grievance is that although he completed the integrated B.A.LL.B. (Hons.) programme from the University, the degree certificate issued to him mentions only Bachelor of Law (Hons.)."

The case was disposed in the favour of the petitioner as the University had decided to grant B.A., LL.B (Hons.) degree in terms of decision dated 11.03.2021 of the University.

Another case is pending before the Hon'ble High Court on the same issue, that is nomenclature of the degree awarded to the petitioner. The same is listed for final hearing in August, 2021.

In the last order dated 28.04.2021 of this case, the University again contended that

The UGC notification referred above is Specification of Degrees dated 05.07.2014.

What is the legality of B.A., LL.B (Hons.) degree? Whether it is an approved degree or not? Who has the power to approve this degree, whether UGC or BCI or both?

BCI's regulation of legal education by the provisions of the Advocates Act, 1961. Section 7 of the Act, which delineates the functions to be performed by BCI, provides as follows:

The Supreme Court, through its decision in the matter of Bar Council of India vs. Board of Management, Dayanand College of Law, surveyed the statutory powers available to BCI under the provisions of the Advocates Act, 1961 as well as the Rules framed thereunder, and concluded that since BCI was concerned with the standards of the legal profession and the equipment of those who seek entry into that profession, BCI is, thus, also concerned with the legal education in the country.

It well settled that Legal Education is regulated by Bar Council of India which has been noted in the point (a) on Page 2 of the 3-member committee report on 'reform of legal education' pursuant to orders of the Supreme Court dated June 29, 2009 and October 6, 2009 and as approved by the bar council of India vide resolution dated October 24, 2009 in SLP (NO.) 22337 OF 2008 titled Bar Council of India v. Bonnie Foi law College & Ors.

Rules on standards of legal education and recognition of degrees in law for the purpose of enrolment as advocate and inspection of Universities for recognizing its degree in law under Sections 7(1)(h) and (i), 24(1)(c)(iii), and (iiia), 49(1)(af),(ag),and (d) of the Advocates Act, 1961 made by the Bar Council of India in consultation with Universities and State Bar Councils was approved by Bar Council of India on September 14, 2008 through resolution no. 110/2008.

To understand this conundrum, one needs to examine the Rules which prescribe the minimum standards for legal education and recognition of law degrees across the country.

Bar Council of India, Rules of Legal Education 2008 prescribes that B.A., LL.B (Hons.) is an integration of two degrees, namely, B.A. and LL.B(Hons.)

Part 3 of the Schedule II of the Rules specifically talks about 'Honours in Law'.

The difference between a B.A., LLB degree and B.A., LL.B(Hons.) is number of subject papers and number of hours studied under both courses apart from the approval and recognition by BCI to issue such degrees.

The Bar Council charges fees for the approval of degrees. The inspection fees and approval fees are as follows:

B. UGC Notification on Specification of Degrees dated 05.07.2014

As per the University Grant Commission Act, under the section 22, it has been stated that

"22. (1) The right of conferring or granting degrees shall be exercised only by a University established or incorporated by or under a Central Act, a Provincial Act or a State Act or an institution deemed to be a University under section 3 or an institution specially empowered by an Act of Parliament to confer or grant degrees.

(2) Save as provided in sub-section (1), no person or authority shall confer, or grant, or hold himself for itself out as entitled to confer or grant, any degree.

(3) For the purposes of this section, "degree' means any such degree as may, with the previous approval of the Central Government, be specified in this behalf by the Commission by notification in the official Gazette.

Sub-section (3) empowers the Commission, with prior approval of the Central Government, to "specify" degree, by way of a "notification" in the official Gazette.

Such specification notifications that have been issued by the Commission in pursuance of Section 22(3) have lists containing the names of the "degree".

The notification provides list of nomenclatures of the approved degrees, It is also interesting to note that LL.B(Hons.) is absent in that list. Instead, it just mentions LL.B for 3 years course at serial no. 29.

It is also noteworthy that Section 26 "Power to make regulations" under the UGC Act, Clause (1) sub clause (f) and sub clause (3) states that:

26. (1) The Commission may, by notification in the Official Gazette, make regulations consistent with this Act and the rules made there under

(f) defining the minimum standards of instruction for the grant of any degree by any University.

(3) The power to make regulations conferred by this section [except clause (i) and clause (j) of sub-section (1)] shall include the power to give retrospective effect from a date not earlier than the date of commencement of this Act, to the regulations or any of them but no retrospective effect shall be given to any regulation so as to prejudicially affect the interests of any person to whom such regulation may be applicable.

This section essentially says that any regulations which prejudices any person shall not be given retrospective effect.

If the nomenclature of the degree is not approved, how are NLUs, taking admissions through CLAT or AILET, offering B.A.,LL.B (Hons.) degree?

Although the B.A., LL.B (Hons.) and LL.B(Hons.) is widely recognized and approved degree by the Bar Council of India, the approval of the nomenclature of the said degree by UGC is unclear and ambiguous.

If the nomenclature of LL.B (Hons.) degree is not approved, what is the legality of the degrees issued by University of Delhi and most law schools across India? An elegant solution would be a notification issued by UGC giving retrospective approval to the nomenclature of the degree under section 26 of the UGC Act. It would provide harmony and wouldn't cause prejudice.

Adverse implications of not doing so could cause great prejudice to the degrees of lakhs of prominent lawyers, thousands of judges and lakhs of law students.

The Author is an Advocate practising in New Delhi.