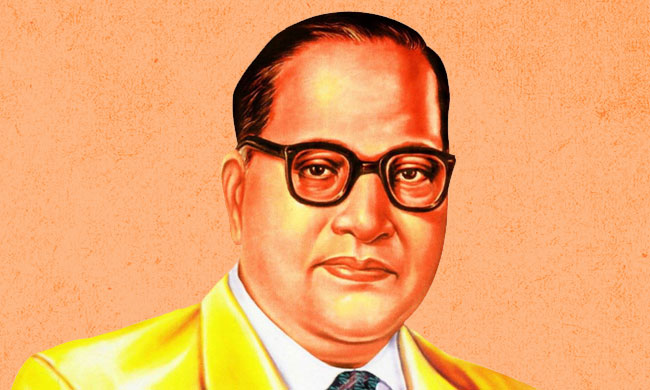 Today's date marks 100 years of journalism of Dr B.R. Ambedkar. Popular for his contributions in framing of India's Constitution, this aspect of Ambedkar's life has generally been ignored. In the compilation of his writings published by Government of Maharashtra (2008), Gangadhar Pantawane has aptly remarked, "even after the well-crafted journalistic creation by Babasaheb Ambedkar nobody has recognised him as 'Patrakar Ambedkar'" (p.2; roughly translated from Marathi).

Coming back after his studies in America, young Ambedkar was ready to start his own fight to reform the unequal society in India. While in Columbia, he had already begun theorising and criticising caste-based inequalities in India. Ambedkar was particularly proud of his initial paper titled "Castes in India: Their Mechanism, Genesis, and Development" (1916), which he had presented before a seminar conducted by the anthropologist Prof. Alexander Goldenweiser.

As Ambedkar would later write in his revolutionary work "Annihilation of Caste" (1932), "in every country the intellectual class is the most influential class, if not the governing class. The intellectual class is the class which can foresee, it is the class which can advise and give the lead". Upon his return, Ambedkar thus wanted to use his foreign education and writing skills to not only create a base for a movement by making the masses aware, but also to pose a theoretical challenge to status quo of caste inequality, untouchability and atrocities. For any movement to grow, it need its literature and mouthpieces in order to represent their voices, especially when voices of the oppressed are being suppressed and their problems are being ignored. Ambedkar was preparing for it.

Before B.R. Ambedkar formally launched his first periodical, there were already few newspapers which were dedicated to discuss the problems and the goodwill of Asprashya (The Untouchables) such as — Somvanshiy Mitra (The Friend of the Depressed Classes), Hind Nagrik (People of Hind), Vital Vidhvansak (Annihilator of the Impurity) but they did not last long. Gopalbaba Walangkar a retired army man was a first journalist from an untouchable community, he has started Vital Vidhvansak a newspaper on 23 October 1888.

On 31st January 1920, Ambedkar had launched his first fortnightly in Marathi called "Mooknayak" (Hero of the Voiceless) in Maharashtra. Initially, the project was financially supported by Chhatrapati Shahuji Maharaj of the Kholapur princely state in Western Maharashtra. At that time, mainstream newspapers like Kesari were not ready to advertise about Mooknayak — a situation which resonates even today when it comes to representing marginalized communities in newsrooms and stories. Ambedkar therefore wrote in the editorial of the first issue of 'Mooknayak': "There is no better source than the newspaper to suggest the remedy against the injustice that is being done to our people in the present and will be done in the future, and also to discuss the ways and means for our progress in the future." He wrote dozens of editorials in his paper on the practise of untouchability.

Ambedkar's journalism was much more radical in the time of the stronghold of caste society at one hand and the repressive British state at another hand. There are several ways to understand the social order in colonial India. But when it is about understanding the anti-caste movement and the politics of the depressed masses, it is very important to see how B.R. Ambedkar's editorship and journalism became the 'voice of the voiceless'.

Ambedkar's journalism was a key element in his struggle to gain the rights of the oppressed. However, Mooknayak lasted only for a couple of years and was closed in 1922, after the death of Shahuji Maharaj. In later years, Ambedkar launched three more newspapers — Bahishkrut Bharat (Ostracised India) 1927, Janta (The People) 1930 and Prabuddha Bharat (Enlightened India) 1956. Ambedkar changed names of his newspapers according to the growing political consciousness among the masses, particularly among the lower castes. For instance, "Bahishkrut Bharat" was launched during the days of post-Mahad agitation — a movement led by Ambedkar to allow untouchables to use water in a public tank in Mahad (Raigad district), Maharashtra. He used the paper to raise the demand for opening temples and public water sources to Dalits. His newspaper "Janata" (1927) was renamed as "Prabuddha Bharat" (1956), to to coincide with his drive to mass conversion to Buddhism with his followers. All of its issues carried the line "Founded by Dr Ambedkar" below the masthead.

Ambedkar's journalism also contributed in shaping the discourse during framing of the Indian Constitution. The statements made by Ambedkar in the Constituent Assembly bear a clear imprint of his several years of journalistic writing. The movements by Ambedkar and documented through his writings created, as Gautam Bhatia argues, "vocabulary of rights", which he pushed in the Assembly. This contribution was also acknowledged in the concurring opinion of Justice DY Chandrachud in the Sabarimala temple entry case (2018), where he observed: "Reading Dr Ambedkar compels us to look at the other side of the independence movement. Besides the struggle for independence from the British rule, there was another struggle going on since centuries and which still continues. That struggle has been for social emancipation… The Constituent Assembly was enriched by the shared wisdom and experiences gathered by its members from the ongoing social struggle for equality and justice. In particular, as the Chairman of the Drafting Committee, Dr Ambedkar brought with himself ideas, values and scholarship, which were derived from the experiences and struggles which singularly were his own."

In the Constituent Assembly, Ambedkar used to make his speeches in English but to make aware and mobilise the masses, he used to write in Marathi through his news weeklies. Prabodhan A. Pol brings out an interesting perspective in this regard, "Ratnakar Ganveer, one of the earliest writers on Ambedkar, had pointed out that due to Ambedkar's English schooling he initially faced difficulties in articulating himself in Marathi. In order to cope with the situation, he would write the editorials in English and then translate them into Marathi".

When the mainstream media ignores the problems of the marginalized communities even today, Ambedkar's journalism has inspired individuals from these communities to create their own to raise voice against the social order which does not allow the depressed masses to uplift themselves at socio-political and cultural level.

Ambedkar's journalism will always guide and inspire everyone who aspires for an equal India.

(Prashant Ingole is a doctoral candidate in humanities and social sciences at the Indian Institute of Technology, Gandhinagar. He works on representation and lived experiences of Dalits in visual and verbal mediums.

Anurag Bhaskar works at Jindal Global Law School and is a contributing editor of LiveLaw.)