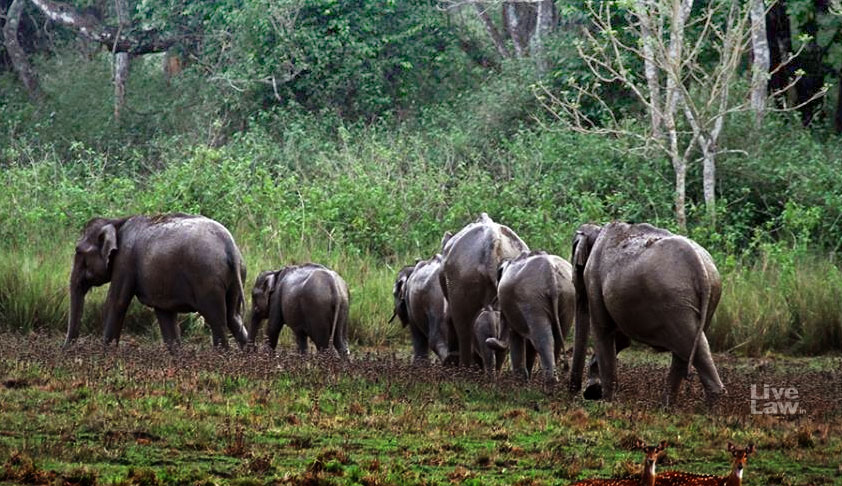 The Uttarakhand High Court has held that if the proposed area of the Shivalik Elephant Reserve is diverted for expansion of Dehradun's Jolly Grant Airport, irrevocable loss would be caused, both to environment, and to the elephant population.

The Bench also observed that the Govt order was passed per-se in violation of Section 2 of the Forest (Conservation) Act, 1980, which binds the State to seek permission from the Central Government before de-reserving any Reserved Area.

"Since there is no evidence to show that the Central Government has given its consent for diverting the reserve area, prima facie, the notification dated 08.01.2021 is per-se in violation of Section 2 of the Forest (Conservation) Act, 1980. Thus, the petitioner has a strong prima facie case in her favour.

if, the notification were permitted to operate and, in case, the proposed area is diverted for the purpose of expansion of the Airport, an irrevocable loss would be caused, both to environment, and to the elephant population."

On November 24, 2020, the Uttarakhand State Wildlife Board in a meeting chaired by CM Trivendra Singh Rawat recommended de-notification of the Shivalik Reserve for expansion of the Jolly Grant Airport. In January this year, the High Court took suo motu cognizance of the matter.

Thereafter, vide order dated January 8, 2021, the Court stayed the abovesaid recommendation for four weeks (until the next date of hearing.)

However, on the same day, the Government notified the de-reservation of the Shivalik Elephant Reserve.

The Petitioner had thus sought stay of the Govt order, on the following grounds:

In its order, the Court noted that the balance of convenience lies in favour of the Petitioner. It observed,

"The petitioner has also raised an arguable case, where the issues involved would be with regard to the legality of the recommendation dated 24.12.2020, and the notification dated 08.01.2021. Another issue would deal with the preservation and conservation of wild life as warranted by Article 48-A of the Constitution of India. Moreover, the issue would be how to ensure a sustainable development of the State, while keeping in mind the required development of the State on one hand, and the preservation and conservation of fragile ecological areas of the State for the protection of our wildlife."

The Court also took note of the concerns raised by the Central Ministry with respect to the proposed diversion, which falls under 'High Conservation Value Area'. As per the Ministry, such a proposed diversion will cause further fragmentation and would reduce the area for the elephants.

The Court said, "the Central Ministry itself has suggested that other alternatives be explored for extension of the Jolly Grant Airport."

The stay order is operational until the next date of hearing, i.e. March 3, 2021.