Allahabad High Court Grants Protection To Inter-Faith Couple, Who Married 3 Years Ago, From Police Harassment Under UP Ordinance 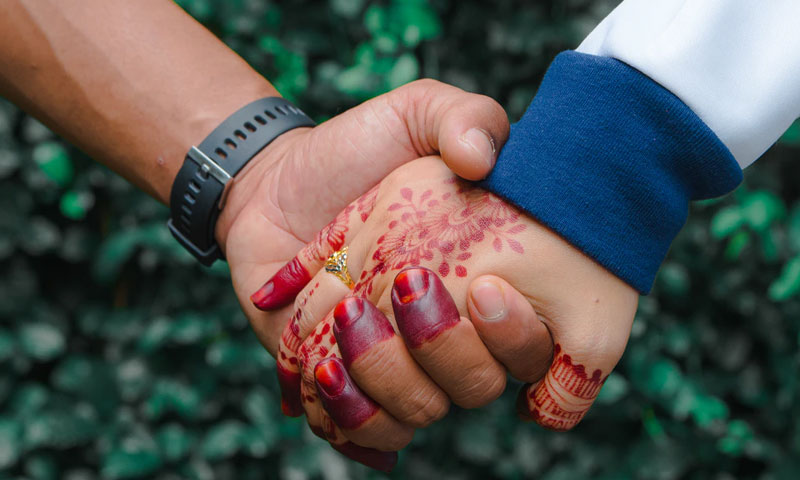 The Allahabad High Court on Wednesday restrained the UP Police from taking action against a married inter-faith couple, alleging harassment ever since invocation of the controversial Love-Jihad Ordinance.

A Division Bench of Justices Ritu Raj Awasthi and Saroj Yadav at Lucknow ordered that till the next date of listing, the petitioners shall not be harassed by the police on the basis of the impugned F.I.R.

The couple claimed that they married out of their own sweet will three years back and they are living peacefully and enjoying their matrimonial life. They also have one child aged one and a half year.

They alleged that they were compelled to approach this court at present due to harassment by the police under the garb of the said ordinance.

The government's advocate sought a week time to file the reply to the petition.

Thus, considering the entire aspect of the matter, the Court precluded the authorities from harassing the Petitioners until the next date of hearing.

Recently, a Division Bench of the High Court had reunited an interfaith couple while noting that the Woman (Shikha) had "expressed that she wants to live with her husband (Salman @ Karan) she is free to move as per her own choice without any restriction or hindrance being created by third party."

Also Read: "Right To Choose A Partner Of Choice A Fundamental Right": Allahabad High Court Says The Judgments Which Held "Conversion For The Purpose Of Marriage Only" Not Good Law

Last week, the High Court reiterated that no one is entitled to disrupt the lives of two adults, who reside together willingly. Holding thus, it came to rescue of another inter-faith couple, facing harassment at the hands of their families.

Yesterday, in a path breaking judgment, the High Court held that requirement of publication of notice of intended marriage under Section 6 and inviting/entertaining objections under Section 7 of the Special Marriage Act is not mandatory.

Justice Vivek Chaudhary observed that making such publication mandatory would invade in the fundamental rights of liberty and privacy, including within its sphere freedom to choose for marriage without interference from state and non-state actors, of the persons concerned.

In the instant case, the Petitioners have also challenged an FIR lodged against them in 2017 under Sections 363 (Kidnapping), 366 (Kidnapping, abducting or inducing woman to compel her marriage, etc.) of IPC at Police Station Kamrauli, District Amethi.

It is significant to note that a batch of petitions challenging the Uttar Pradesh Prohibition of Unlawful Conversion of Religion Ordinance, 2020 shall be heard by the High Court tomorrow, i.e. January 15.

Meanwhile, the UP Government defended the Ordinance saying that nowhere is the term "Love Jihad" employed in the Ordinance. It claimed that the Ordinance is equally applicable to all forms of forceful conversions and is not only confined to inter faith Marriages.