Call For Response Pieces: Citizenship, Residency And The Constitution 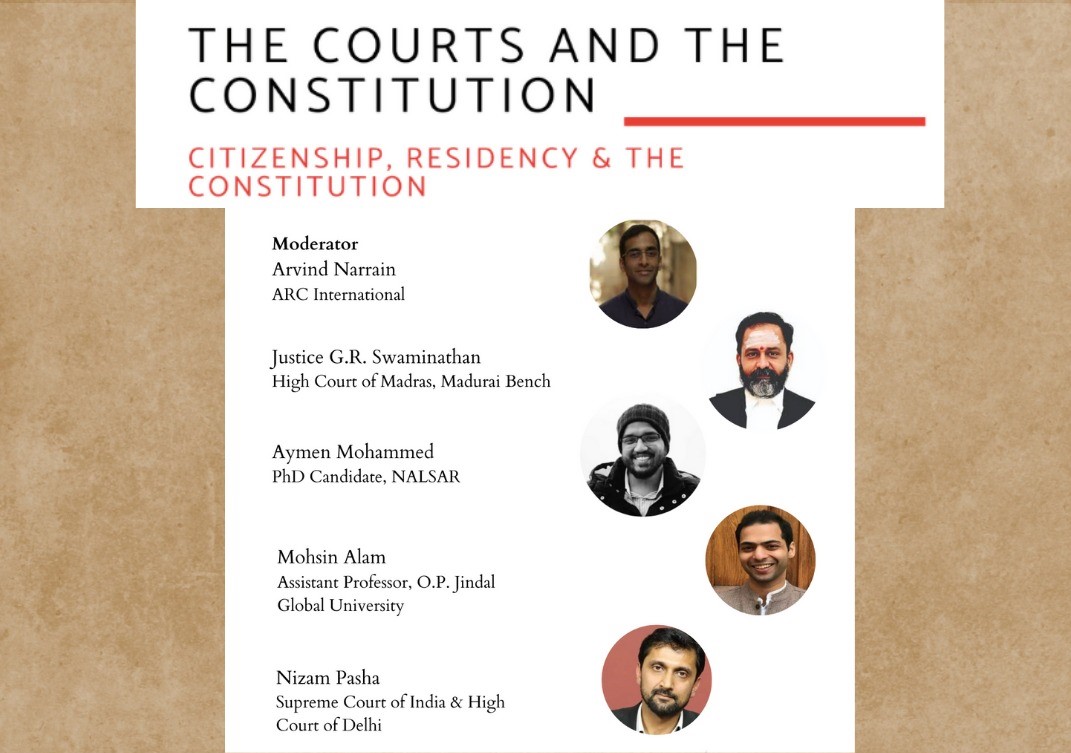 The Courts & The Constitution Conference, 2020 was organized by NALSAR University of Law, Hyderabad in collaboration with Law and Other Things and Azim Premji University, with the aim of critiquing the major legal developments that took place in the preceding year. The controversial Citizenship (Amendment) Act, 2019 was featured as the theme for discussion in one of the panels titled 'Citizenship, Residency and the Constitution' hosted by the Conference which were moderated by Mr. Arvind Narrain. The panelists were Justice G.R. Swaminathan, Aymen Mohammad, Mohsin Alam Bhat, and Nizam Pasha.

Law and Other Things Blog is inviting response pieces, critically analyzing and engaging with the arguments raised by the speakers of this panel.

About Law and Other Things

Started in 2005, Law and Other Things is 'A blog about India's legal system, its Courts and its Constitution', which seeks to publish engaging and insightful articles on matters of general public law.

Brief summary of arguments made by speakers:

For Video recording of the panel discussion, click here