Investigative Powers Of The SFIO: Understanding The Nuances Involved 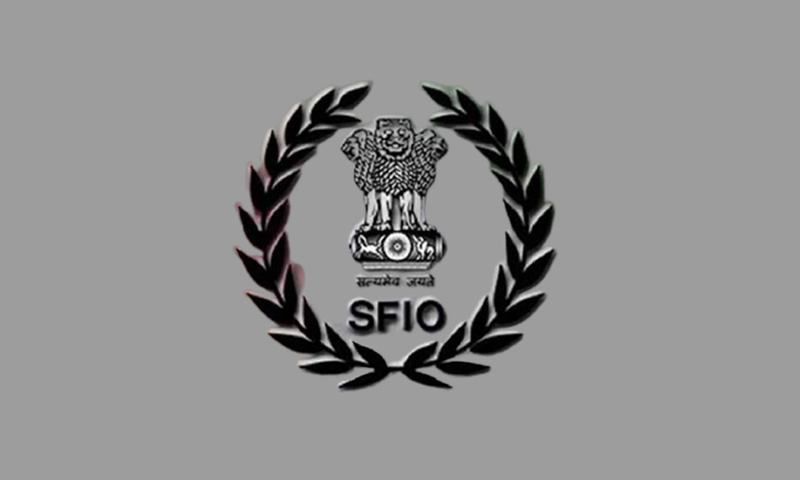 On 14th September 2020, the investigation by the Serious Fraud Investigations Office ('SFIO') into the affairs of Karvy Stock Broking Limited was stayed vide an interim order of the Telangana High Court, where the division bench observed that various documents were missing from the record and that the procedure under section 206 of the Companies Act, 2013 (the "Act") was not followed.[i] This order was passed in an appeal filed by the company against an order of the Single Judge of the Telangana High Court which upheld the validity of the order of investigation passed by the Ministry of Corporate Affairs.

With the recent advent of more complex financial crimes, it is understandable how newer authorities are being established and given a wide range of powers to investigate. One such authority is the SFIO, established under section 211 of the Companies Act, 2013.

A BRIEF OVERVIEW OF SFIO AND ITS POWERS UNDER THE ACT

The SFIO is a multidisciplinary organization which has been established with the primary objective of investigating frauds and offences relating to a company under section 447 of the Act.[ii] The Act further prescribes that an SFIO investigation can only be commenced if the Central Government is of the opinion that it is necessary to investigate the affairs of a company. The investigation is thus commenced on the basis of a receipt of a report of the Registrar or inspector under section 208 of the Act, or on intimation of a special resolution passed by a company that its affairs are required to be investigated, or upon the request from any Department of the Central Government or State Government, or in public interest.[iii]The SFIO also enjoys the powers of exclusive jurisdiction[iv] and the power to arrest.[v] A person can be arrested by the SFIO if the Director, Additional Director or Assistant Director has a reason to believe that the person has been guilty of an offence under section 447 of the Act.[vi] Such a reason has to be recorded in writing and should be formed on the basis of the material in his possession.

The Investigating Officer is deemed to be an inspector and has the liberty to exercise the powers enumerated under section 217 of the Act. In particular, it is pertinent to note that an inspector can examine any person on oath[vii], and can further use this statement as evidence against the said person.[viii]

BROAD TERMS AND WIDE ARRAY OF POWERS: SCOPE FOR MISUSE?

A bare perusal of the relevant provisions of the Companies Act, 2013 would indicate that the SFIO indeed enjoys a wide range of powers. Furthermore, terms like "reason to believe" and "opinion", which are vulnerable to immensely subjective interpretations can leave significant scope for the SFIO misusing its investigative powers.

Opinion and existence of circumstances – A fine distinction

Under section 212, an SFIO investigation can be commenced if the Central Government is of the 'opinion' that it is necessary to do so. However, since an opinion may be formed effortlessly, more often than not, the requirement of formation of opinion may happen on mere beliefs and not actual, existing factual circumstances. With regard to the same, the Telangana High Court, in Karvy Stock Broking Limited vs Union of India and Ors., observed that although an opinion of the Central Government is enough to order an SFIO investigation, the necessary concomitant is the existence of prima facie circumstances.[ix] Mere belief or assumption would not suffice.

However, an argument that is often advanced by the authorities before a court is that the opinion of the Central Government under section 212 cannot be challenged as the statute does not provide an explicit right to challenge it, and that it is immune to judicial review because it is an administrative order. The Delhi High Court, in Sunair Hotels vs Union of India, had the opportunity to deal with this argument. The court acknowledged the absence of the existence of a right to challenge the opinion, however, it also observed that such a power would not confer absolute discretion.[xi] In other words, the opinion may not be challenged, but the existence of circumstances behind its formation can very well be challenged before a competent court of law, and thus the opinion of the Central Government need not attain unassailable finality.

SFIO's power to arrest: Severity of an economic offence vs Personal liberty of the Accused

Another important aspect that demands consideration is SFIO's power to arrest under section 212(8) of the Act as such a power may not be immune to misuse. For instance, in the case of Rahul Modi, it was observed by the Delhi High Court that in spite of the expiry of the stipulated time period for investigation, as provided in an order issued by the Ministry of Corporate Affairs in the aforesaid case, the SFIO arrested the accused persons and thereafter sought an extension and further remand.[xii] It is noteworthy that the accused had complied and appeared before the authorities when their presence was sought. However, they were arrested on the same day. Therefore, the accused were cooperating with the authorities and there was no prima facie reason to arrest them. This was also acknowledged by the Delhi High Court which went on to hold that the arrest was illegal and unsustainable in the eyes of law.

However, after applying the principle of "purposive interpretation" and observing that the prescription of a fixed period for investigation was merely directory, the verdict by the Delhi High Court came to be overruled by the Supreme Court.[xiii] The Court also observed that the statute, like the Criminal Procedure Code, 1973 (hereinafter referred to as "Cr.P.C"), does not prescribe a fixed period for the completion of an investigation. However, it is noteworthy that unlike the Cr.P.C, the Act does not contain provisions for grant of default bail in case the investigation goes for an unreasonable period of time. Further, section 212(3) categorically provides that an SFIO investigation shall follow the procedure and be conducted in the manner provided in Chapter XIV of the Companies Act, 2013. Therefore, considering that the statute lacks any provision for grant of default bail like section 167(2) of the Cr.P.C, it thus omits a necessary counterbalance on the powers of the investigating agency and leaves it free to continue the investigation for years.

Secondly, section 212(8) provides that a "reason to believe" that the person is guilty of the offence, is a prerequisite to make an arrest. Although it would prima facie appear that it is the only prerequisite, the Companies (Arrests in connection with Investigation by Serious Fraud Investigation Office) Rules, 2017 state that provisions of Cr.P.C relating to arrest shall also apply.[xiv] Therefore, in addition to the aforesaid "reason to believe", the conditions enumerated under section 41 of the Cr.P.C are also to be fulfilled before making an arrest. It is pertinent to note that "reason to believe" is not to be equated with "reason to suspect". The former stands at a much higher footing than "reason to suspect" and "is satisfied", as has been held by the Apex Court in Ganga Saran and Sons P. Ltd. vs Income Tax Officer and Ors.[xv] and N. Nagendra Rao and Co. vs State of Andhra Pradesh[xvi]respectively. The phrase therefore requires that the belief, firstly, is based on relevant material on record, and secondly, must not be arbitrary or irrational.

Section 217(7) – Violation of the fundamental right against self-incrimination?

The Punjab and Haryana High Court, in Jainam Rathod vs State of Haryana[xix], took a contradictory stance and applied the principle of lex specialis derogate legi generali to hold that a statement under section 217(4) can be relied upon as evidence before a court of law. In view of such existing dichotomy, it is indeed thoughtful that the Apex Court has decided to consider this question in a batch of petitions, in The Directorate of Enforcement vs Karti P. Chidambaram.[xx]

It has thus become evident that the increasing number of financial crimes entails a different approach towards investigation, and establishment of multidisciplinary organizations such as SFIO is indeed a step in the right direction. However, since investigations into the affairs of companies, in all likelihood, would have a serious impact on the confidence of its shareholders and of the general public, it is of immense importance that existing safeguards, processes and nuances are not ignored merely in view of the severity and the complexity of economic offences. The fundamental tenets of criminal law should not be vitiated, regardless of the type of crime involved.

There is no doubt that the SFIO has emerged to be a necessary investigating agency. Nonetheless, it is imperative that the wide variety of its powers also aims at minimizing the scope for their misuse, to the fullest extent possible. This would certainly contribute towards more efficient investigations and effective prosecutions.

Kunal Bilaney is an Advocate practicing as a criminal lawyer in chambers of Adv. Kushal Mor. Views are personal.