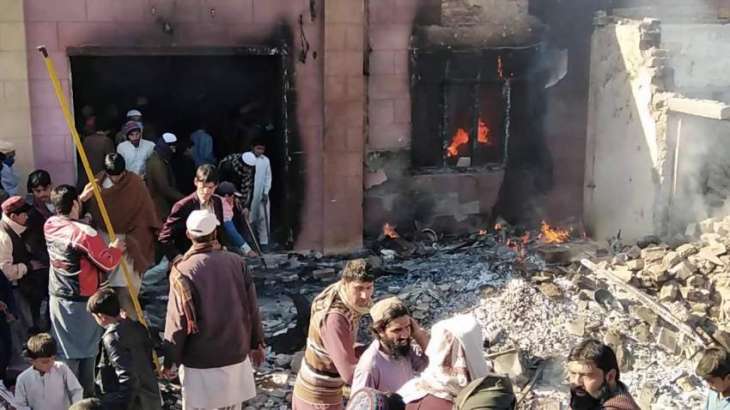 Direction has been given to the Minority Commission to submit a report after site visit by January 4.

The Chief Justice of Pakistan, Gulzar Ahmed on Thursday (31st December) took notice of the burning of a Hindu temple in Khyber Pakhtunkhwa's Karak District.

It may be noted that the Hindu Temple/Shrine of Hindu Saint Shri Paramhans Ji Maharaj was set on fire by an aggressive mob in Pakistan's Khyber Pakhtunkhwa province (Karak district).

According to a Press Release of the Supreme Court, Member of National Assembly and patron-in-chief Pakistan Hindu Council Dr Ramesh Kumar called on the Chief Justice of Pakistan and discussed the issue regarding the desecration/burning of the shrine of the Hindu saint.

"The Chief Justice of Pakistan showed grave concern over the tragic incident".

Further, the Member of Parliament was informed that "he has already cognizance of the issue and has fixed the matter before Court on Tuesday (05th January 2021)."

Chief Justice have direction to One Man Minority Commission to visit the site and submit a report by January 4.#Pakistan pic.twitter.com/LI2bWogTBt

As reported by Dawn, a mob comprising "more than a thousand people", led by local elders of a religious party, launched the attack to remove the temple on Wednesday (30th December).

The video clips of the said incident have gone viral on social media, and it could be seen in those videos that hordes of people are breaking and desecrating the site while chanting slogans.

As reported by The Express Tribune, the residents in the Terri area of Karak were not happy with the ongoing renovation and extension of the temple which is why they vandalised it before setting fire to it, according to the community leaders.

Importantly, the historic temple had stopped offering religious service after the 1947 Partition when all local Hindu families migrated to India.

However, four years ago, the unfrequented temple was handed over to the Hindu community on the Supreme Court's order. And it has been a pilgrimage site for Hindus ever since.